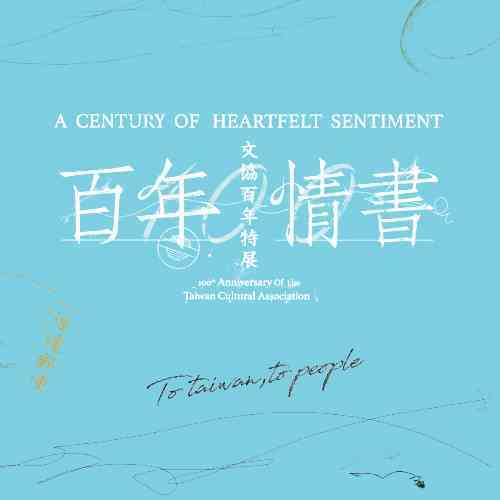 A Century of Heartfelt Sentiment: 100th Anniversary of the Taiwan Cultural Association

The Abiding Light of a Century-old Beacon
Area

The Abiding Light of a Century-old Beacon 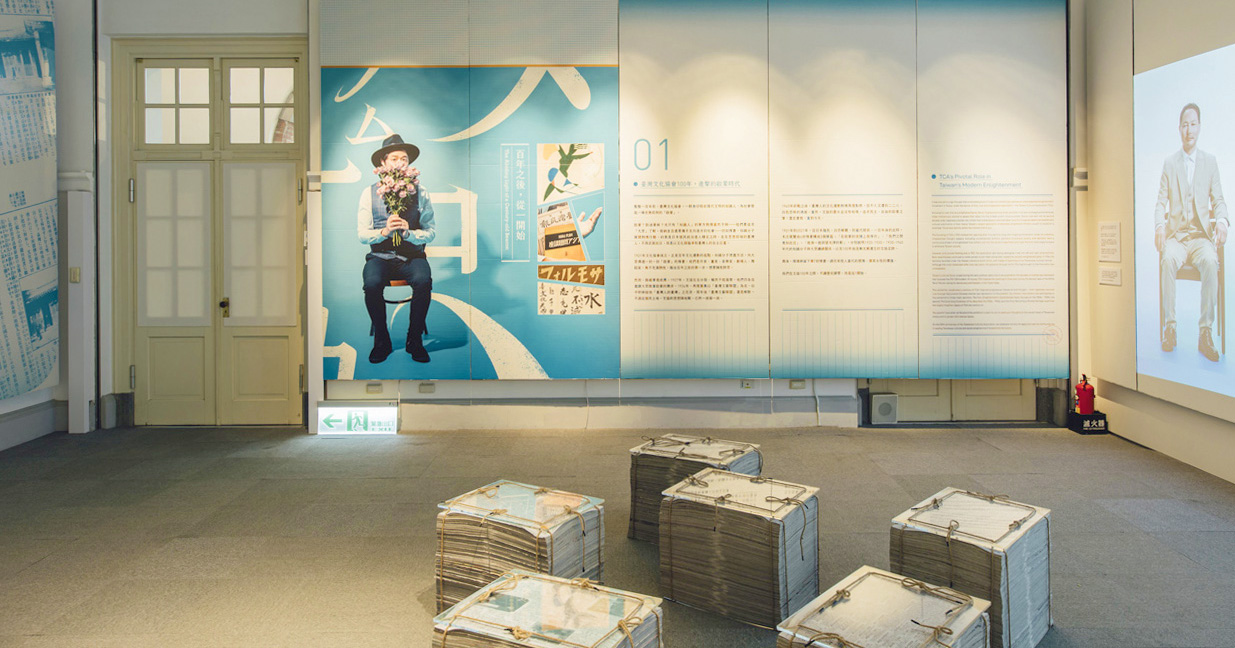 It was one century ago this year that a motivated group of modernist intellectuals sparked an unprecedented 'enlightenment' movement in Taiwan under the banner of their new and progressive organization – the Taiwan Cultural Association (TCA).

Knowing full well that any enlightened flame, like an impassioned love letter, perishes if not acknowledged and embraced, these intellectuals worked to weave their ideas into the broader public consciousness. Taiwan was well into its second decade under Japanese colonial rule. Unlike their predecessors, who had taken up arms to oppose Japan's annexation and cultural sublimation of their island, Taiwan's newest generation of educated, progressive thinkers sought to establish a sovereign Taiwanese identity within the colonial status quo.

The founding of TCA in 1921 marked the 'opening shot' in a century-long, still-ongoing movement. Under its umbrella, impassioned thought leaders, including contemporary authors, painters, musicians, actors, and dancers, sent a continuous stream of enlightened 'love letters' out into the world. It was them who took the first, bold steps forward to embrace Taiwan society.

However, unity proved fleeting and, in 1927, the association split along ideological lines into left and right-wing factions. Both nevertheless continued to invite society to join them along their respective, socially enlightened paths. In 1934, the factions reunited under the Taiwan Literature & Art Union, with hopes of sparking a true Taiwanese cultural revival. Although the union disbanded after only two years, the passions through which TCA had brought to the fore were now unstoppable.

Taiwan's cultural fervor surged during the early postwar years only to be quashed by the decades of martial-law repression that followed the 1947 228 Incident. Of course, TCA-inspired ink continued to flow, even during the darkest days of the White Terror Period, calling for democracy and freedom. It still flows today.

This exhibition celebrates a century of TCA-inspired progressive literature and thought - from Japanese colonial rule through Nationalist Chinese martial law repression to the present. Six literary 'love letters' are spotlighted in the exhibition's three main sections. The first, Enlightenment's Outstretched Hand, focuses on the 1920s - 1930s; the second, The Surprising Closeness of Us, describes the 1930s - 1940s; and the third, Revisiting a Shared Heritage, examines the largely forgotten legacy of TCA one century on.

We invite you to leave your thoughts as the seventh 'love letter' on this vibrant facet of Taiwanese history and to ponder life's eternal values.

On the 100th anniversary of the Taiwan Cultural Association, we celebrate not only its legacy but also its continuing role in leading Taiwanese cultural and social enlightenment forward into the future.

The 1910s (the second decade of Japan's colonial rule in Taiwan) marked the widespread awakening of young Taiwanese to modern civilization. With increased enlightenment and citizen participation in politics, these young people began pressing the Japanese government to treat their Taiwanese subjects better.

On October 17th, 1921, the most important organization in the history of Taiwan, the Taiwanese Cultural Association, was founded. The ambitious young leaders organized activities and applied their respective capabilities to identify and develop a grassroots following.

From Tsai Pei-huo's vernacular writing and Lin Hsien-tang's summer school to Huang Chin-huo's theatrical troupe, Association members spread out into temples and town streets, encouraging people to pursue knowledge and embrace enlightenment. Passionately believing in a greater future, they never doubted that one day people could live a life that was free, independent, and autonomous. 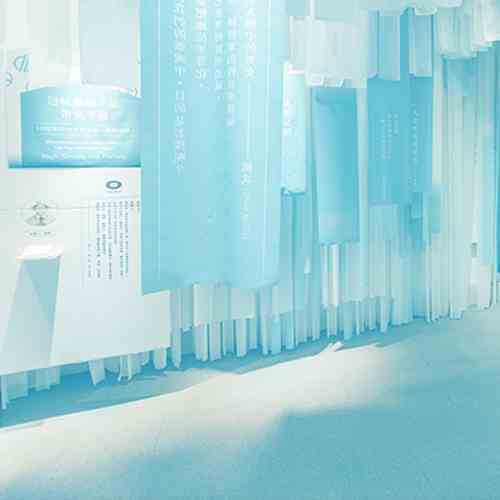 Enlightenment's Outstretched Hand (1920 - 1930): A Love Letter from the TCA
Have We Found the Magic Bullet? The 'Hot-and-Cold' 1920s: High-Strung and Forlorn｜Education Within Everyone's Reach! Opening a Window onto the World｜Common Cause, Divergent Paths. Ideologi ...
#cultural movements #Taiwan Cultural Association #Tainan Church News 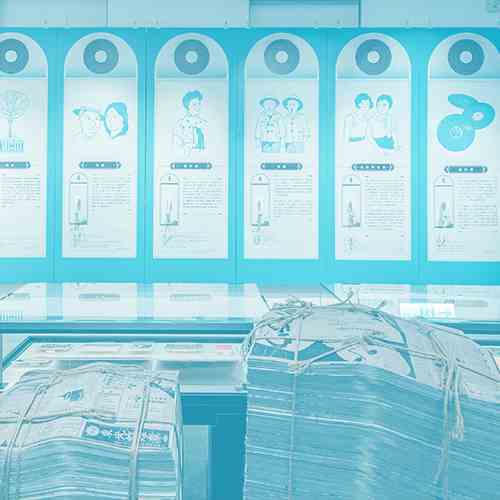 The Closeness of Us (1930 - 1940): Intellectuals and Society on Common Footing
Portraying 'You' in Lines and Colors. Illustration Activities of the Taiwan Literature & Art Union｜With Society in Sight and Mind. The 1930s Folk Literature Movement｜Heartfelt Feelings Sha ...
#cultural movements #Hymn #koa-á books 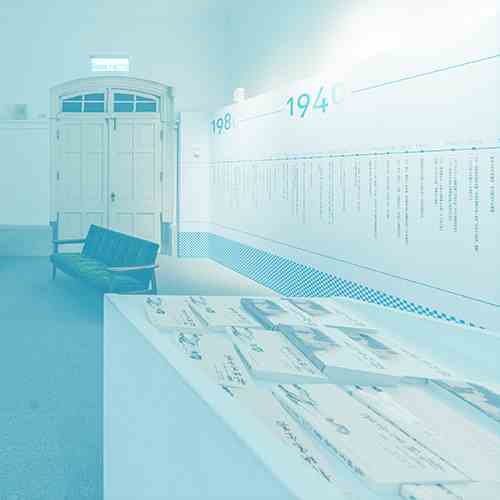 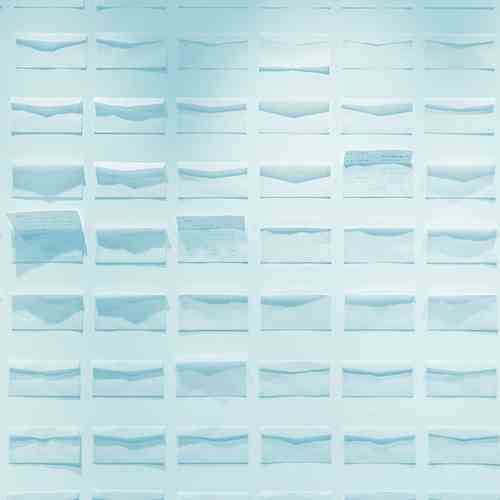 A Century-old Love Letter. Now It is Your Turn
After browsing this online exhibition, have you accepted these six love letters delivered across a century of time? This cultural movement, born from a thirst for social enlightenment ...
#cultural movements #love letters #Cheng Yu-chieh
Back